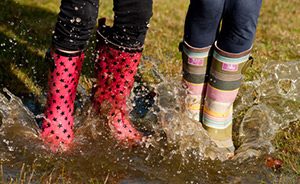 What is most often to blame for Septic System Failure?

Why do septic systems fail?   Failure is when the system is not operating as it’s designed to; sewage is backing up or surfacing, or effluent is going away, but not being treated properly.
There is usually always more than one thing wrong  with the system.  Here are some reasons.
The homeowner is routinely using more water than the system can handle. Systems are designed to handle a finite amount of water, and  it is usually expressed in terms of an average per person or a value based on the number of bedrooms in the house. The overuse may just be that the people living in the house use more water than the average 60-70 gallons per person per day. But overuse can also result from leaky and unmaintained fixtures or from other extraneous water sources such as surface runoff or clean water drainlines around foundations that are being routed through the system. The homeowner, after the fact, may increase the load by enlarging the house to accommodate more people or add water-using devices the system was not designed to handle, such as garbage disposals and large showers or tubs.
The system has not been properly maintained. The septic tank should be regularly checked and the solids and scum removed before they accumulate to levels that can be detrimental to the soil treatment part of the system. Advanced technologies, such as ATUs and media filters, require increased levels of care. These are often covered in maintenance contracts written upon completion of the system, but not renewed because there have not been problems or when new owners move in. Systems with advanced technologies that are not cared for can represent more of a health and environmental risk than a failed conventional septic drainfield system.
All Clear Septic and Wastewater Services has trained personnel in every aspect of the Septic process. We have a maintenance program to keep your septic system operating smoothly to help avoid costly repairs or septic failure. Call 508-763-4431 for all your questions or visit www.allclearseptic.com.